Flow Scripts contain your automation logic. Within them, you define what you want to automate and how to do so.

Depending on the complexity of your automated process, it can consists of one or many Flow Scripts. Flow Scripts can start other Flow Scripts and pass inputs and outputs between each other.

Once you press the “new” button on the top left of the Flows section view, a flow script editor will open. The editor will already contain a few sample code lines. Replace the # TODO: write your automation line with your automation. 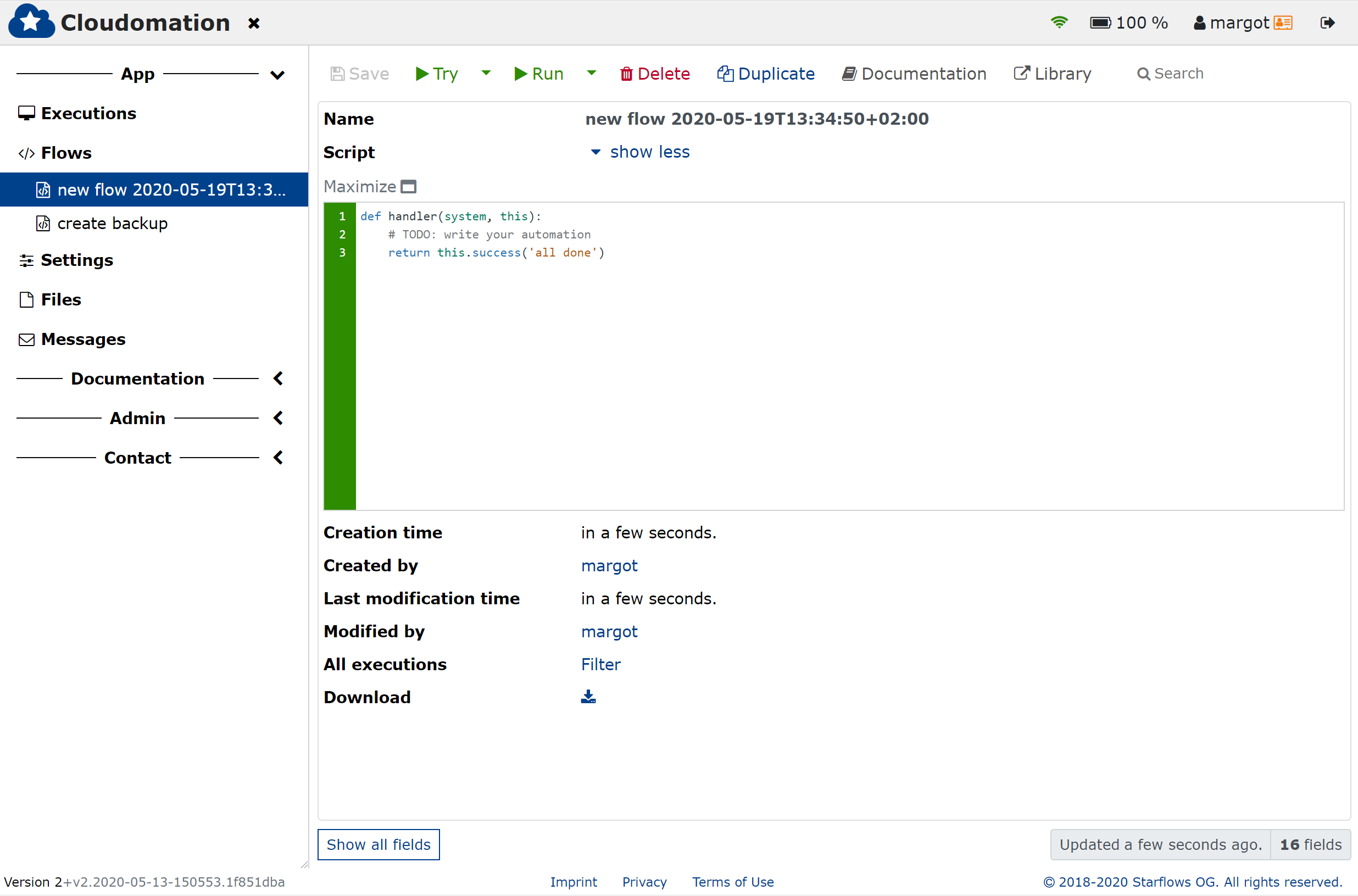 A newly created flow will automatically be assigned an ID and a name. The ID is a random number that uniquely identifies the flow which can not be edited. The name is “new flow” plus a time stamp in ISO 8601 format. You can edit the name of a flow in the flow details view.

Clicking the run button on top of the flow view will execute the flow and automatically redirect you to the Executions view. Read more about executing Flow Scripts in the documentation on Development and Productive Mode.

Flow Scripts can be called from another flow:

Interaction with other Services: Tasks

In order to connect with services outside of the Cloudomation platform, you can call Tasks from your Flow Script.

Calling a Task from your Flow Script is simple:

Access the “output_value” field of a Task to get the outputs of the task: output_dict = my_task.get('output_value').

Read the Task documentation to learn more about available Tasks.

Read the Tutorial to learn more about getting started with writing your own Flow Scripts.

To learn more about how other systems can trigger Flow Scripts in Cloudomation, refer to the webhooks documentation.