Flow scripts and settings can be loaded from Git into Cloudomation and synchronized between Cloudomation and the Git repository. This integration can be easily set up using a “GIT configuration”.

All python scripts following a user-defined pattern will be interpreted as flow scripts and all e.g. .yaml files are interpreted as settings. More information will follow below. 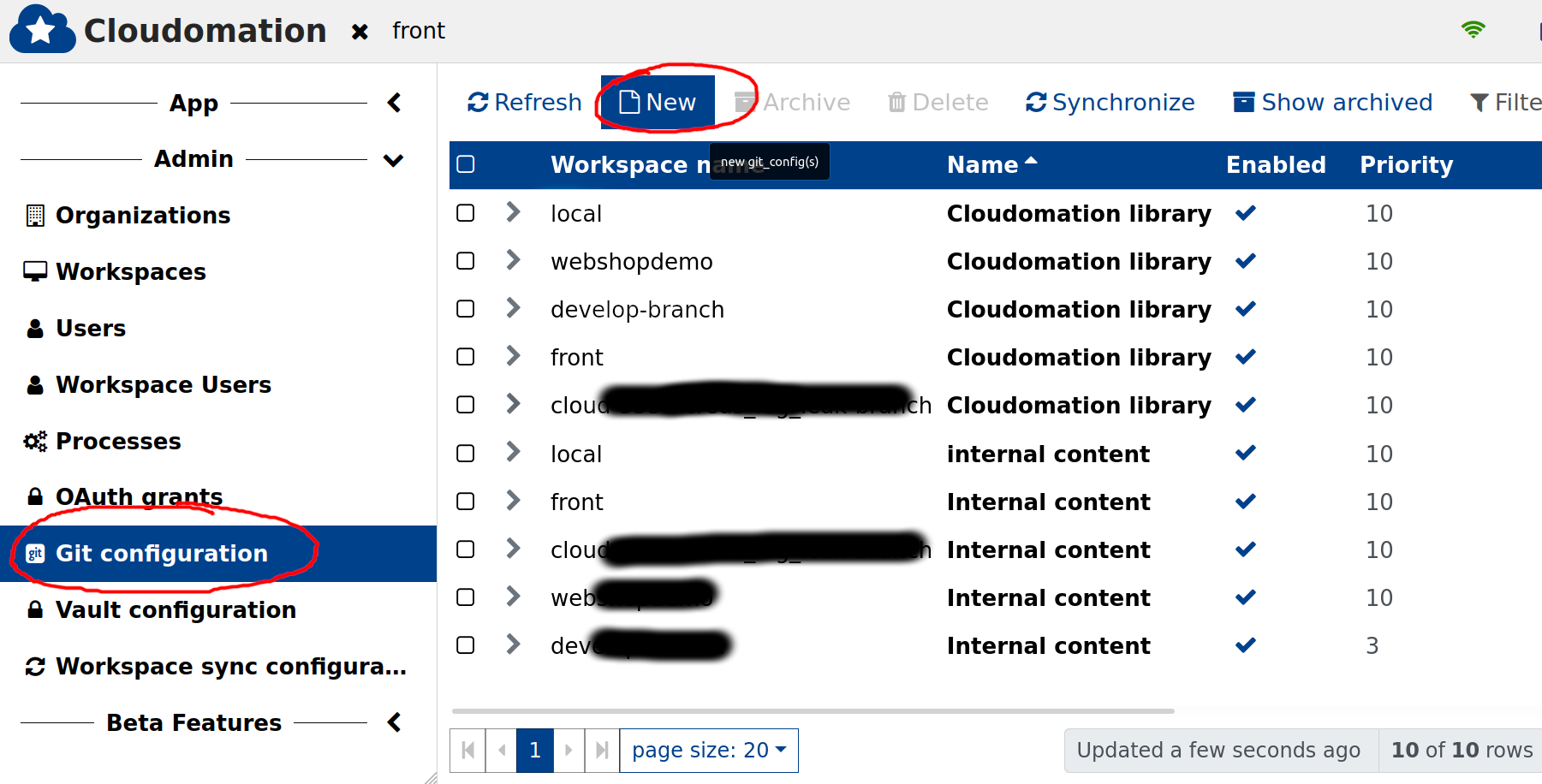 Path mapping uses a syntax as in the following example:

i.e. all python scripts are loaded as flows and all .yaml and .yml files are used as settings.

Flow Scripts from the Cloudomation Library